Fears of Genetically Modified Foods In Nigeria: What Experts Say

Fears of Genetically Modified Foods In Nigeria: What Experts Say

Recently, Nigerians were gripped with fear over Genetically Modified Cassava allegedly planned to be introduced in the country by the International Institute of Tropical Agriculture (IITA) in collaboration with ETHZ Laboratories of Zurich Switzerland. This happens while Nigeria’s peers in Africa – such as Kenya which has banned them altogether amid widespread malnutrition – have refused to import Genetically Modified foods in spite of their lower costs.

Responding to this, the Director General of the National Biotechnology Development Agency (NABDA), Prof. Lucy Ogbadu, assured Nigerians on the efficacy and safety of the genetically modified products in the country. According to her, “There has never been any negative effect of any genetically modified organism anywhere in the world. If you know of any let me know? The fear for GMO foods is based on falsehood and has been trashed scientifically”.

Is this the path that the country should tread? To be sure, a good understanding of Genetically Modified Organisms (GMOs) and their impacts are important.

What is Genetically Modified Organisms (GMOs)?

The World Health Organisation (WHO) defines Genetically Modified Organisms (GMOs) as organisms – plants, animals or microorganisms in which the genetic material (DNA) has been altered in a way that does not occur naturally by mating and/or natural recombination. The technology is often called “genetic engineering”, and allows selected individual genes to be transferred from one organism into another, or even from a bacterium, virus or animal. By adding these new genes, genetic engineers hope the plant will express the traits associated with the new genes. For example, genetic engineers have transferred genes from a bacterium known as Bacillus thuringiensis or Bt into the DNA of corn. Bt genes express a protein that kills insects, and transferring the genes allows the corn to produce its own pesticide. 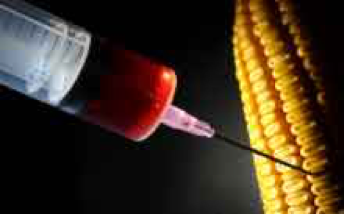 Several researches have suggested that genetically modified (GM) foods are safe to eat, and have the potential to meet the 70 percent food production increase needed to feed the additional estimated 2.3 billion people globally by 2050 (Food and Agriculture Organization of the United Nations).

However, critics say that with GM foods or genetic engineering, we tamper with nature at our peril. To find a clear path out of this dilemma and make informed decisions, we may need a critical consideration of both opinions.

What Do Proponents of GMOs Say?

Proponents of GMOs argue that the use of GM crops has lowered the price of food and led to increased food safety. For example, David Zilberman – a U.C. Berkeley agricultural and environmental economist and one of the few researchers considered credible by both agricultural chemical companies and their critics – says that “It has increased farmer safety by allowing them to use less pesticide. It has raised the output of corn, cotton and soy by 20 to 30 percent, allowing some people to survive who would not have without it. If it were more widely adopted around the world, the price [of food] would go lower, and fewer people would die of hunger.” He said that GM crops could produce higher yields, grow in dry and salty land, withstand high and low temperatures, and tolerate insects, disease and herbicides.

GMOs are proved by history

Proponents say that people have already consumed as many as trillions of meals containing genetically modified ingredients over the past few decades, but no single verified case of illness has ever been attributed to the genetic alterations. For example, they argue that ‘triticale’ – a more than a century-old cross-species hybrid of wheat and rye that was bred in laboratories during the 19th century in Scotland and Germany – is found in some flours and breakfast cereals that are consumed daily and some triticale-based foods can be purchased at health food stores.

Proponents of GMOs assure people that protocols for the testing of GM foods have been evaluated by the Food and Agriculture Organisation of the United Nations (FAO) and WHO, and their allergic effects of GM foods currently on the market have been found relative low.

What Do Skeptics Say About GMOs?

Three major health issues that have been raised against GMOs are their potentials to provoke allergic reaction (allergenicity), gene transfer and outcrossing.

Skeptics have criticised the transfer of genes from commonly allergenic organisms to non-allergic organisms, and suggested that because many people suffer from allergies to various food items, there is concern that the protein products of introduced genes may be toxic or allergenic to certain individuals.

They also reasoned that the migration of genes from GM plants into conventional crops – referred to as “outcrossing”, as well as the mixing of crops derived from conventional seeds with GM crops, may have an indirect effect on food safety and food security.

The environmental safety issues that have been raised against GMOs address the capability of the GMO to escape and potentially introduce the engineered genes into wild populations; the persistence of the gene in the environment after the GMO has been harvested; the vulnerability to non-targeted organisms such as insects which are not pests; loss of biodiversity due to the reduction in the variety of other plants; and increased use of chemicals in agriculture.

Critics have also reported that if farmers start growing genetically modified crops, this will lead them to stop growing the old varieties which are important sources of diverse genes that give plants other desirable characteristics.

Organic and natural foods offer assurance against any suspected risk of genetic engineering since GM substances are prohibited in organic production. In a 2016 research conducted by the author on organic business in Nigeria, it was found that Nigeria has a huge mass of arable land – forest and grassland provide large quantities food naturally but this is yet to be fully utilised. For instance, plantations, orchards and vegetable gardens in Nigeria are primarily natural and are organic agricultural sites needed for healthy living. Instead of limping on with these two different issues, we the citizenry can be encouraged to practice subsistence farming  for their individual families, with locally-adaptable crops.

It is clear that  support of government is needed to provide for or encourage the production of organic inputs such as bio-fertilizers and bio-pesticides at subsidised rates so that farmers can boost natural food crops devoid of altered genetics.

We may not be completely sure which side is correct, but to be safe from any potential risk, it is important that we assess individual GM foods and their safety on a case-by-case basis.

The WHO has suggested that safety assessments of such crops need to be conducted with focus on direct health effects (toxicity), potential to provoke allergic reaction (allergenicity), specific components thought to have nutritional or toxic properties, the stability of the inserted gene, nutritional effects associated with genetic modification, and any unintended effects which could result from the gene insertion.

Finally, environmental risk assessments should always be carried out to evaluate the potential effect and impact of every variety of GMO to be introduced on the environment.

When you visit our website, it may store information through your browser from specific services, usually in the form of cookies. Here you can change your Privacy preferences. It is worth noting that blocking some types of cookies may impact your experience on our website and the services we are able to offer.